The LOD-RoadTran18 European project (2018-EU-IA-0088), in which a team from the CTU Faculty of Transportation Sciences is part of, has successfully concluded.

LOD-RoadTran18 started in September 2019 and with a duration of 37 months, has finally achieved the main goal of supporting the re-use of dynamic Road Traffic Data across the participant Member States (Spain and the Czech Republic).

Under the project, translation and validation tools (DATEX II to LOD DATEX II) and an ontological model (DATEX II Ontology) as support, were created, facilitating the access to data with information coming from the analysis made by the participants of the consortium.

LOD-RoadTran18 was promptly coordinated by Universitat de València and TTR from the Czech part and counted with the support of nine members in order to achieve the objectives.
To find out more about this Action, you can visit its official website: https://cef.uv.es/lodroadtran18

LOD-RoadTran18 is co-financed by the European Health and Digital Executive Agency (HaDEA) (2018-EU-IA-0088) and aims to support the re-use of dynamic road traffic data in and across the Czech Republic and Spain.

Within the LOD-ROADTRAN18 project, a tool for converting traffic data from XML schemas into a new semantic model was created
Currently, many public authorities publish traffic data using various xml schemas, such as the standard DATEX. In the Czech Republic, traffic data are published, for example, through the Roads and Motorways Directorate portal in the DATEX II format.

As part of the LOD-ROADTRAN18 CEF Action, a team from the CTU Faculty of Transportation Sciences is working together with TamTamResearch and other participants from the Spanish side to implement and test some translation tools for converting traffic data into a new semantic model. These tools are part of the results of the project for Activity 6 (Linked Open Traffic Data concept development), which consists of three different tasks:

These new tools and the semantic model are based on previous models, but contain more information. They are prepared for traffic data contexts in Spain and the Czech Republic.

Project LODRoadTran18 (Supporting the cross-border use of Road Traffic Data with Linked Open Data based on DATEX II) continues its successful development. The project aims to improve the extraction of meaning from traffic data and enable other types of services that can only be achieved using LOD.

LOD-RoadTran18 is co-financed by the European Health and Digital Executive Agency (HaDEA) (2018-EU-IA-0088) and aims to support the re-use of dynamic road traffic data in and across the Czech Republic and Spain.
To learn more about this project, visit its official website: http://cef.uv.es/lodroadtran18

The initiative is co-financed by the European Commission under the CEF Telecom program.

The contents of this publication are the sole responsibility of Czech Technical University in Prague and do not necessarily reflect the opinion of the European Union.

Members of the LOD-RoadTran18 project are working on its Activity 9, which consists in the development of a reusable and applicable-EU-wide evaluation and monitoring framework aiming at assessing the impacts of the reuse of traffic LOD. Moreover, it also aims to deploy an EU-wide guide for national access points (NAPs).

This initiative, in which Faculty off transportation Sciences is part of, is focused in the improvement of the interoperability, distribution and reusability at European level of traffic data from Spain and the Czech Republic. LOD-RoadTran18 is a project funded by the European Union through the CEF.

The contents of this publication are the sole responsibility of CTU in Prague, Faculty of Transportation Sciences and do not necessarily reflect the opinion of the European Union.

The second consortium meeting of the LOD-RoadTran18 project has taken place on October 1st in order to check the next steps on the action. The LOD-RoadTran18 system will support the reuse of traffic data through the European Data Portal, allowing this information to be accessible through different sectoral platforms internationally. In this way, the project aims to improve the interoperability, distribution and re-usability of traffic data from Spain and the Czech Republic at European level with the objective of making them Linked Open Data.

The project participants, coordinated by the Research Institute on Robotics and Information and Communications Technologies (IRTIC) of the University of València and LMT Group, are Czech Technical University, TamTam Research, the Directorate-General for Traffic, Desidedatum Data Company S.L., ESAM Tecnología S.L. and the Polytechnic University of València.

The initiative is co-funded by the European Commission within the framework of the CEF Telecom programme.

The contents of this publication are the sole responsibility of Czech Technical University in Prague and do not necessarily reflect the opinion of the European Union.

LOD-RoadTran18 project concludes its first phase in which a comprehensive analysis of European legislation has been carried out regarding to the development of intelligent transport systems and their implementation in the European Union. The study is the basis of project goal to re-use dynamic traffic data between European Union countries. LOD-RoadTran18 is co-financed by the European Commission under CEF projects.

The aim of the LOD-RoadTran18 is to improve the interoperability and distribution of dynamic traffic data from the Czech Republic and Spain. The project aims to ensure their reusability at European level to become linked open data (LOD).

To achieve these objectives, European legislation on public sector information (PSI) and intelligent transport systems (ITS) was analyzed in the first phase in order to examine their implementation at national level. A study was conducted on how public administrations currently provide traffic information. The initiative covers various aspects of traffic data and their content, as well as how to publish data at national access points). A partial objective of this section was to define how these data should be published to meet specific regulatory requirements.

An analysis of legal and technical issues related to PSI was carried out. The project partners reviewed the existing legislation at national and European level and analyzed its level of implementation on public portals with open data and in particular in the national access points. At the same time, procedural issues related to the ITS Directive were analyzed. In addition, partners from both countries involved analyzed national legislation resulting from the two legislation.

The contents of this publication are the sole responsibility of CVUT and do not necessarily reflect the opinion of the European Union.

A team from the Department of Transport Telematics is working on the European project LOD-RoadTran18 which aims to encourage the re-use of road traffic data in Czechia and Spain to make this data accessible, interoperable and reusable through the European Data Portal using linked open data.

Open traffic data from Czechia and Spain will be distributed using a semantic model that avoids interoperability problems. Semantic capability-based traffic information inquiries give access, for example, to systems that can take into account weather information at the time of the accident.

LOD-RoadTran18 helps to create interoperable and interconnected digital services to support the digital single market. The project is consistent with the European Commission's strategy to encourage the reusability and availability of information.

In Czechia, Department of Transport Telematics, Faculty of Transportation Sciences of the Czech Technical University in Prague and TamTam Research and in Spain IRTIC Institute of Robotics and Informatics, University of Valencia , Desidedatum Data Company , RBSolutions , Esam Tecnología , Universitat Politècnica de Valencia and Leading Management Technology cooperate on the project.

The project is co-funded by the European Commission through the Connecting Europe Facility Telecom (CEF-Telecom) program, which supports the facilitation of international interaction between public administrations, companies and citizens and the development of Digital Infrastructure Services (DSIs). 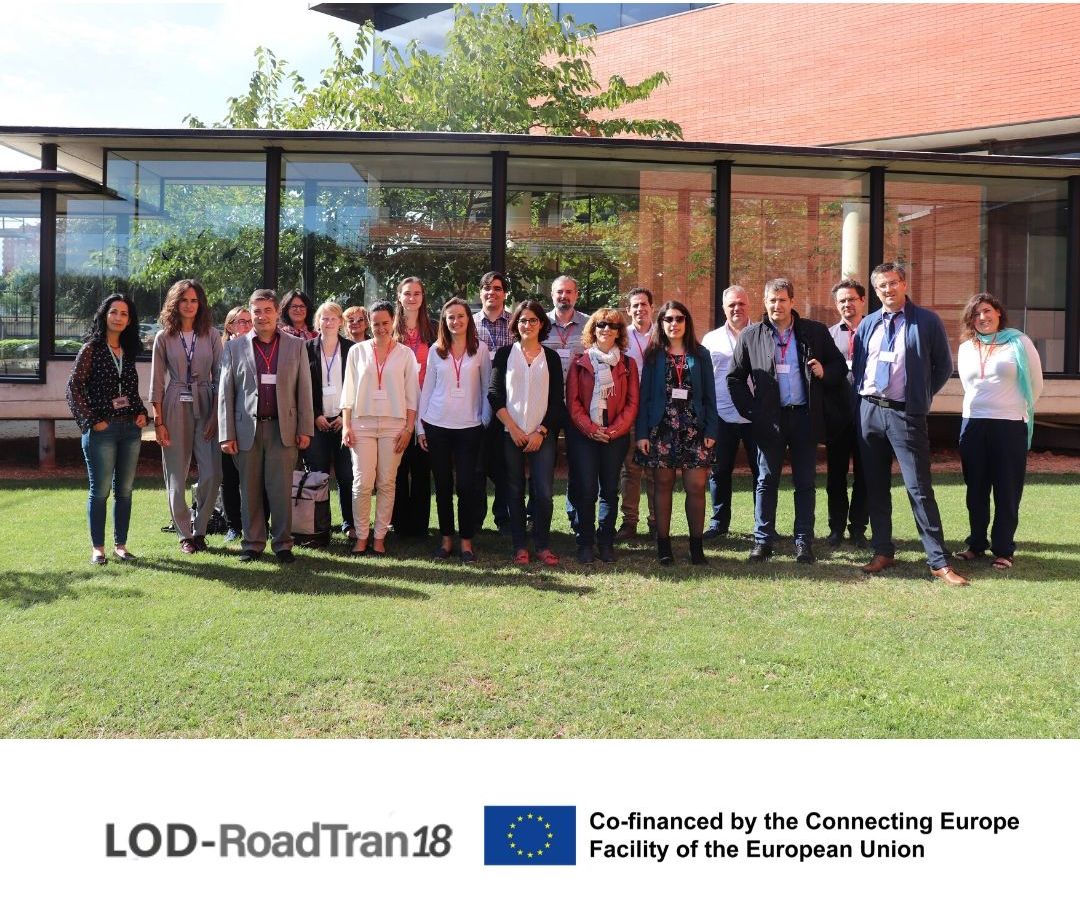